Impact
I worked with an amazing team for a year to develop and recommend transformative changes to roles, levels, units across the full structure that aimed to support a courageous vision for the future. The approach was high involvement and made sense of org-wide complexity including 1,400+ survey responses and 120 team-to-team conversations. 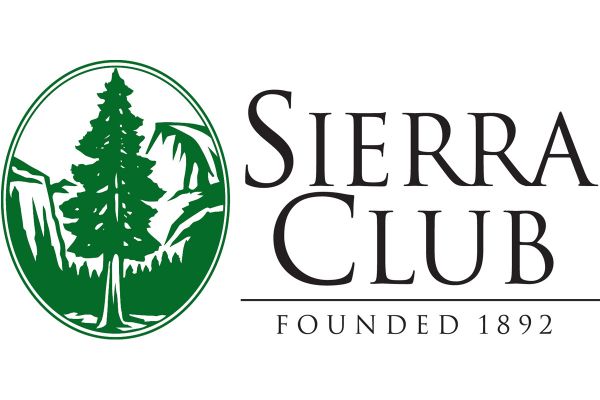 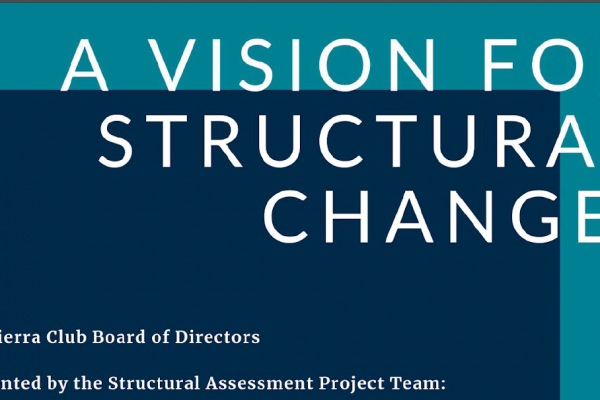 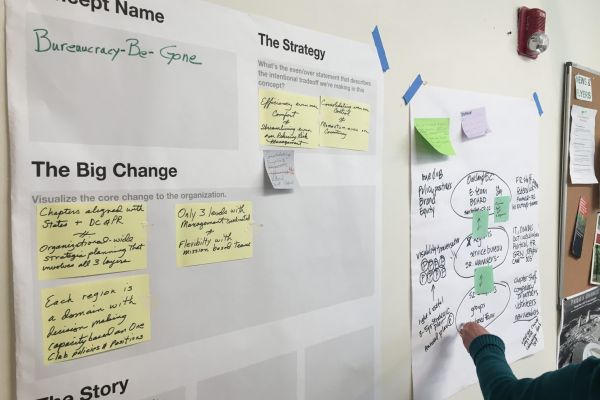 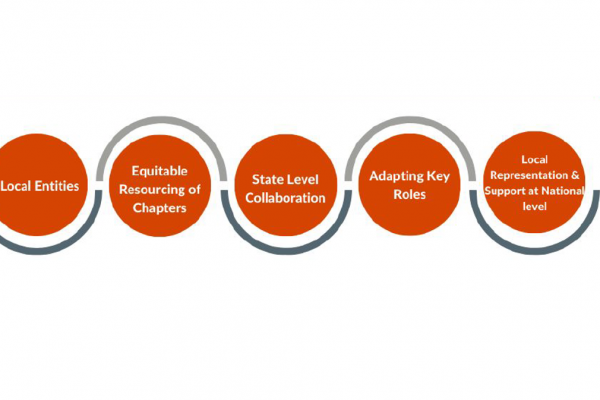 How did the project emerge?

The Sierra Club, a 125+ year old leading environmental conservation organization, has an incredibly complex structure built and rebuilt over it’s history. The Sierra Club has 3 million members (~700,000 actively involved), supported by 15 elected volunteer board members, ~800 staff, 2 unions, 64 chapters and 375 groups across the country.

With the tremendous shifts in equity awareness, technology, political climate and growing pace of climate change, it’s even more important for the Sierra Club to have a structure that welcomes more and more volunteers and empowers them better than ever to make a difference to policy, community, and the outdoors. The Sierra Club found themselves at a turning point, where they wanted to capitalize on their core strengths of a decentralized volunteer-driven base to win on today’s campaigns that require unprecedented collaboration.

Structural assessment and change involves deeply understanding how roles, levels, and units of the organization are working together (or separately) to achieve goals currently and what may need to shift to achieve new or adjusted goals in the future.

The Board of Directors established five broad criteria outlining the goals for the team’s work.

The structure of the future should seek to:

From a consultant and organizational perspective, there were numerous, significant challenges to designing a structure that meets these five criteria.

This complex project has and will touch all corners of the Sierra Club organization and represents a deep transformation over the next three to five years.

“She always knew just what question to ask to bring us right back to the center where we needed to be.”Mark Walters
Long Time Sierra Club Volunteer and new Sierra Club Foundation Board Member

Given the breadth and depth of impact, the Sierra Club carefully considered team formation prior to my participation. Through an application process open to the full organization, the final 9-person team represented a diverse range of levels, staff and volunteer roles, and geographies. The leadership of the team adopted a co-lead model – a high level staff person and a volunteer who also was a board member. The team outlined and embarked on a year-long project plan with the help of the team at August Consulting. I joined the project team at approximately 6 months in. The team was given autonomy and support from the board and executive leadership team to do the work needed.

There are many ways to approach organizational assessment.

The Sierra Club, true to their ethos of democracy and with a desire to role model equity and inclusion, embarked on the highest involvement process they have had to date.

In line with my philosophy and values, the approach centered on unlocking the wisdom of the organization, rather than an outsider recommending fixes from their experience.

A plan of four rounds of organization-wide inquiry was drafted, beginning with unearthing issues and opportunities, testing the boundaries of what structural change is possible, and specific structural changes. The plan was extended halfway through in order to ensure an equitable and inclusive process was conducted. 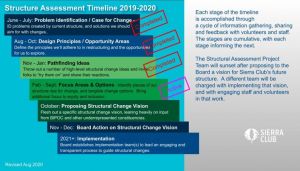 Here’s the kind of work we did together:

Team Process Design: A key overarching role I played was to design the team’s process and next steps as they emerged. The thing about high involvement processes is that you obtain huge amounts of data – data that you can’t predict what it will tell you. This poses several challenges I helped overcome:

As each step emerged, we defined the next step of the process. Working with the co-leads and the team members, I sought to hold ambiguity and clarity simultaneously.

Sensemaking: Given the capacity of team members, a key consultant role was to synthesize vast amounts of data. Again, different consultants would approach this challenge in different ways. 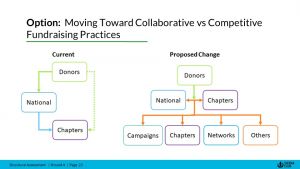 The core philosophy in play here is that the team’s knowledge of the organization vastly eclipses my own. My skills were best used working with the team’s wisdom first and then following with my expertise, not the other way around.

A tangential, but no less significant, benefit of this approach is that it built the team’s confidence and capability in themselves and their work.

Team Trust and Functioning: I continued to help grow team trust and perseverance towards our goals, through the remote pandemic year. Though this project initially was intended to take place through immersive in person work sessions, I helped the team navigate and design a remote process that still engaged deep thought rather than succumb to zoom fatigue. The process involved both asynchronous and synchronous work, with a thoughtful analysis of work best done independently vs in pairs/trios vs as a full team. We used effective methods of managing team norms and roles to ensure the success of the work.

Pause and Pivot for an Equity-Focused Design: Due to George Floyd’s murder, though already focused on equity as one of five criteria, the project was extended an additional 6 months to ensure we truly conducted an equity-centered process. I used my expertise to design a process where we:

Co-Leader Support and Coaching: I helped coach and support the co-leads in navigating board members’ concerns with the project and questions they had. I also facilitated reflection on team functioning and organizational culture to draft the next steps and strategies for the team. 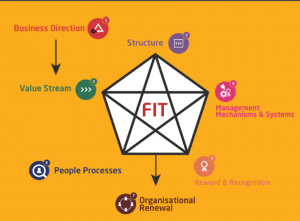 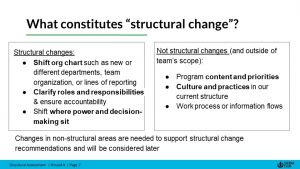 “Really it was that beautiful balance of Crystal holding our team’s trust and internal culture with really practical set of tools to anchor us in our process and outcomes.”Kristal Ibarra-Rodriguez
Sierra Club Chapter Support Representative

At the conclusion of 19 months, the team delivered a 37-page transformative, full-organization-impact recommendation.

The recommendation represented a progressive synthesis of each of the rounds of inquiry of the project: